The Laguna Niguel Bocce Ball annual open tournament was a great success. Sixteen four-man teams from Southern California participated and battled it out for prize money and medals.  The tournament included a continental breakfast and a catered gourmet Italian style lunch.

The double-elimination tournament attracted many of the best bocce players in the nation.  A great time was had by all the players and spectators.

Congratulations to the winners and all the players 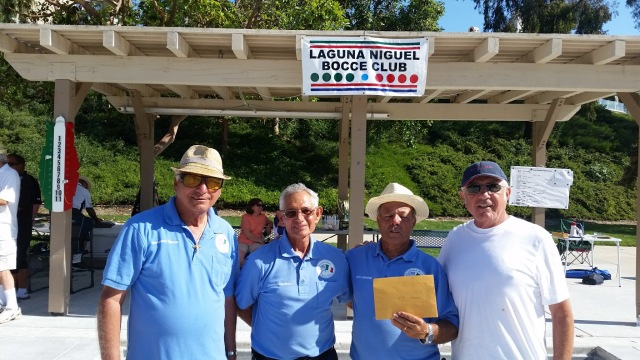 Open play beginners welcome. If you come for the first time, tell anyone on the courts you would like to play.